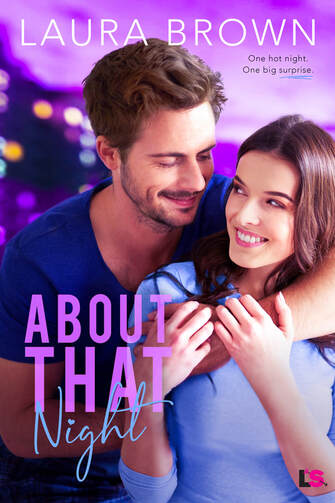 ​ABOUT THAT NIGHT, a romantic comedy

Izzy Fineberg can take on any challenge, and she’s had some big ones lately. Like getting pregnant after a sizzling night with the hottest man she’s ever met—and nine months of doing the single mom thing. Now Izzy’s starting a new job, and her Deaf supervisor is gorgeously, painfully familiar…

Nolan Holtzman never expected to see Izzy again, and now she’s the new hire at his agency. But if he wants to keep his dream job helping the Deaf community, he’s going to have to keep some serious distance between them. Which is easier said than done once Izzy announces that her son is his.
​
Now Nolan is determined to be a part of his baby boy’s life, no matter what it takes—including inviting Izzy and the baby to stay with him for a week. Nolan and Izzy’s situation is already complicated. But what happens when their little family secret is discovered?